Another Year, Another Wedding!

DateBritishGuys.com is excited to share yet another story of love and marriage from an Anglo-American couple who met on our site. Elvia from St Louis, Missouri married Jason from Surrey, England on August 20th, 2014 in London, UK. Each wrote to DateBritishGuys.com to share their side of the story – from first click to marriage!

“Back in January 2013, I saw this attractive guy with a wicked sense of humor on DateBritishGuys.com. I took the first step to message him and to my dismay, he took six months to even respond to my message. I had all but forgotten about him by the time he got back in contact with me. Despite this, I was more than happy that he made the effort!

After the first couple of times we texted each other, things started to move pretty fast. Text conversations moved onto phone calls all night long. Within the first week, he was eager to jump on a plane although we had settled on waiting three months before our first meeting. We eventually decided that I would visit England instead, giving us time to get to know each other a little better.

We’re both gamers and don’t really enjoy going out to eat, so our first dates were spent mainly at home together. We even managed to have our first Thanksgiving in England (which we celebrated vegan-style!). It couldn’t have been any more perfect. By the end of the first visit, things were already getting serious. My feelings about him just kept growing and I knew I’d always want to be close to him and knew he felt the same about me.

Soon after we were planning Jason’s trip to spend a month together in America. How quickly we got used to living together! Jason was amazing at so many things, from taking care of our dogs to making amazing meals that accommodated my vegan diet. He fills a void that’s always been there and it feels like home when he’s here with me. During this trip, he asked the big question and of course I was over the moon! He’s a dream come true and I couldn’t believe that he wanted to spend the rest of his life with me.

We ended up getting married in London, exactly a year after we first met online. Our wedding was a dream day, at a beautiful location (Great Fosters in Surrey, a 16th century mansion!), surrounded by immediate family and close friends. We couldn’t have asked for a better day. Every day I’m reminded again about how wonderful Jason is and continuously find new things that I love about him.

We’re still chatting all night via Skype, so we’re not getting much sleep but it’s the closest thing we have to living together at the moment. We’re also working on Jason’s visa so he can move out to America and we can continue our journey living the rest of our lives together.

I have found the most wonderful man ever. Thank you so much for this site. I wouldn’t have done it without you guys. I can’t wait to spend the rest of my life with him!” 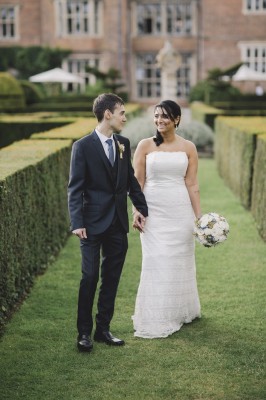 “DateBritishGuys.com not only gave me the platform to meet my wife; it actually introduced us!

Back in January 2013 I had already met someone from DateBritishGuys.com. Things between us didn’t work and while we still remain friends, I didn’t go back to the site for a while. That was until I received an e-mail saying I had not accessed my account recently, and to log in if I wanted to keep my profile active. Thank god I did because I had missed a message from Elvia there. When I first opened the message, I wondered why she would want to message me. Her photo was truly stunning I assumed she was not for real, so I replied saying thanks and no doubt she was already married and living a happy life.

The reply I received was smart, witty, funny and well thought-out. We continued to message and it soon became time to speak over the phone. It was the most nervous I have ever been! However as soon as I heard Elvia’s amazing accent I quickly calmed down. That paved the way for tons of interaction until she came to London. I was calm on the way to our meeting but when I stood in front of her and saw how beautiful she was, I became a child. I could not keep still at all! Something Elvia still remembers with a big smile.

I was not looking for a wife when I joined DateBritishGuys.com. However after spending time with Elvia in London, I knew she was special. I flew to meet her in Missouri as soon as I could and we spent a lovely time together, which was when I decided I could not live without her in my life.

I asked her to be my wife only the second time we met. Luckily she accepted my spur of the moment proposal!

Our wedding was a lovely day and I loved seeing how well Elvia got on with my family, especially the children.

Not only is she the most attractive girl I have ever had the privilege of meeting, she is also loving, kind, intelligent, strong and understanding. I know our marriage will last because we both love each other dearly and we work together and communicate any thoughts we have.

The next step is finding a way to live together and start the family we both want. So thank you DateBritishGuys.com from myself and Elvia, and even our possible children.” 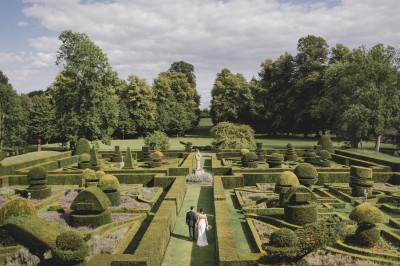 Love our success stories? Read more testimonials from couples who met on DateBritishGuys.com here! Want to share your own story about someone you met on our site? Send a brief description and photos to info@datebritishguys.com. We look forward to hearing from you!