Every country has meals that seem bizarre to outsiders. For instance, the French serve frog’s legs as a delicacy, the Chinese eat a soup that is made from bird’s nests, and caterpillar stew is fairly popular in Botswana.

The British also have an interesting collection of meals and snacks that you can’t find outside of the UK. Some of the foods are delicious, some are strange – but they are all popular in Britain.

Black pudding is made from a mixture of lard, oatmeal and pig’s blood. It is normally served with the classic English fry up, and it is sliced and fried. Lots of people assume that it will taste greasy, but it is actually dry and flavorful.

You will either love or hate this strange dish. Some people say it is the best part of the English breakfast, while other people refuse to touch it!

If you’re visiting the UK and you like the sound of black pudding, head to Bury in Lancashire; black pudding has been considered a local speciality since the 1800s. 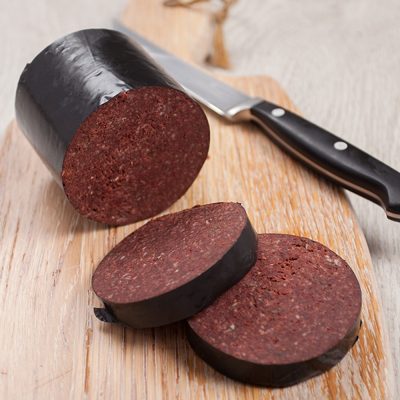 Spotted dick is a popular British dish that will bring a smile to any Briton’s face. This is because ‘dick’ is slang for a man’s genitals, and let’s face it; spotty genitals are never a good thing. In fact, a few hospitals in the UK tried to rename the dessert ‘spotted Richard’ to make it less rude, but the name never caught on – apparently the British prefer to giggle as they say spotted dick!

The dish itself is simply a suet pudding that is made with raisins, dates and other dried fruits. It is moist and sweet, and it is normally served with custard – delicious! 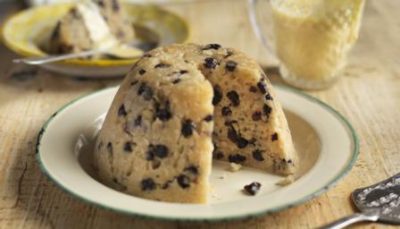 The British love a good sweet snack, especially if it is fried. Maybe that is why lots of fish and chip shops have started selling deep fried Mars bars. A deep fried Mars bar is one of the unhealthiest snacks you can eat, but it is seriously delicious! 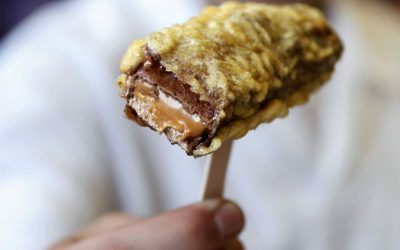 A scotch egg is a hard-boiled egg that is wrapped in sausage meat and breadcrumbs. It can be eaten hot or cold, and it makes a great picnic snack. You can also buy smaller Scotch eggs that are filled with scrambled egg instead of a hard-boiled egg. 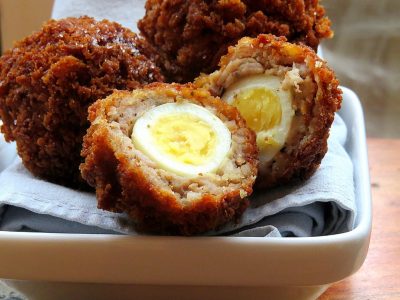 The River Thames in London is famed for its beauty, but at one point it was so polluted that the only fish that could survive in it were eels. Because of this eels are a popular dish in London – in fact, there is even a district called Eel Pie Island!

Jellied eels are one of the most popular eel dishes in the UK, but it sounds pretty strange. It is simply smoked eels that are enchased in a fish jelly, and it is normally served with vinegar or spices. 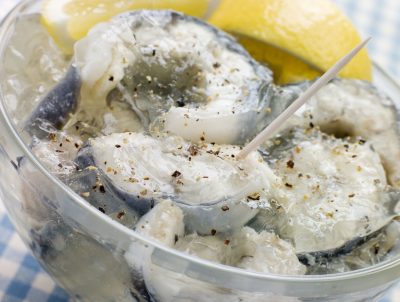 What’s your favorite British dish? Would you try any of these meals? Let us know with a comment!